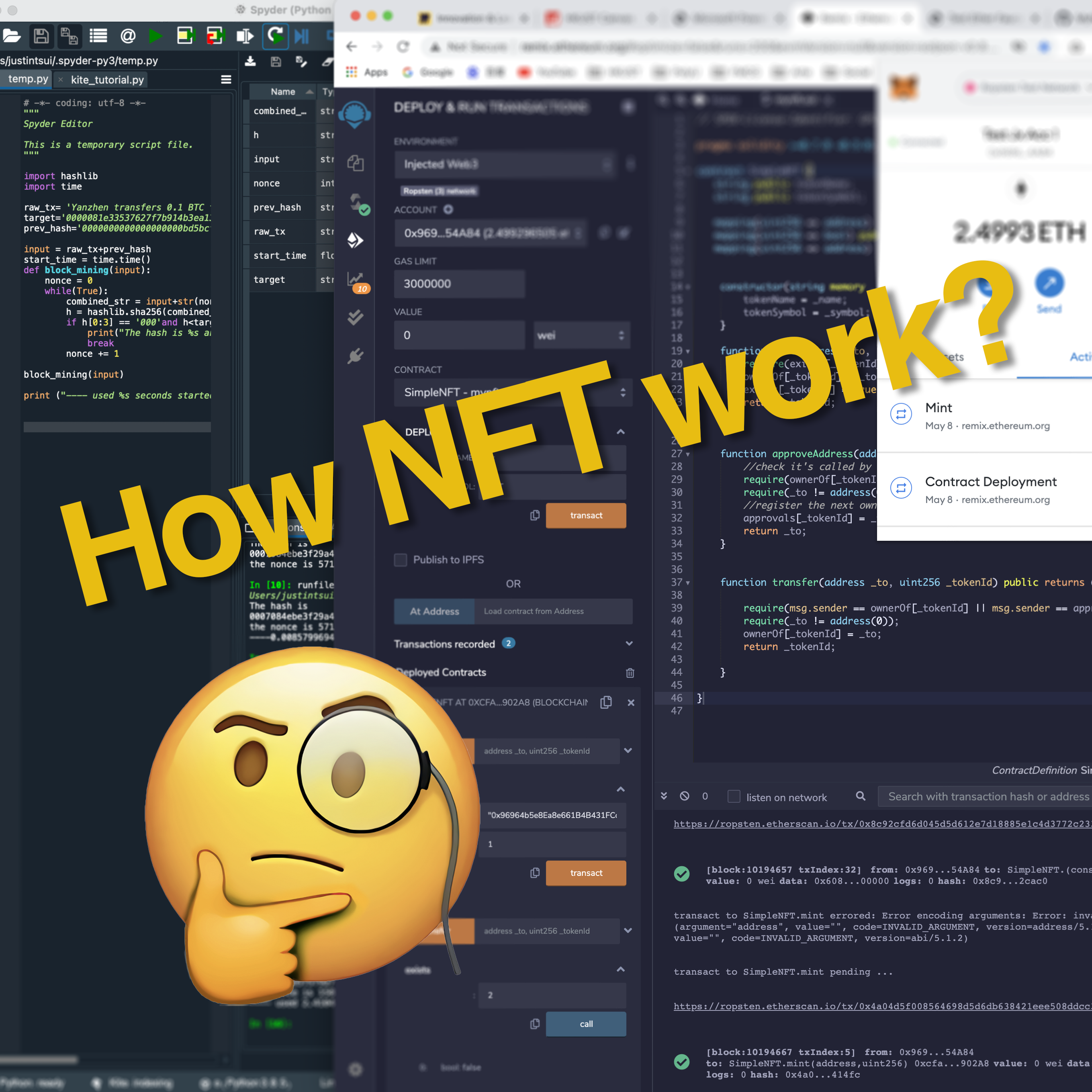 NFT is a buzzing word these days, but how NFT works and what are their relationship with Blockchain & Smart Contract? Below are what I learnt so far.

Created my own NFT Smart Contract

I’m so fascinated about the NFT trend as a designer and having so much fun learning about the Blockchain & Cryptocurrency technology in my MBA course.

The professor promised that we will be more knowledgeable than 99% of the world on blockchain & cryptocurrency technology after finished the course!

He really meant it! He taught us how to create the Proof-of-work coding on Python, and guide us through to create our own NFT Smart Contract on Ethereum with Solidity program!

Luckily my basic programming skill helped a bit to follow through the coding, and it really helped to understand not just the theory but how the working principles on the technology side.

What exactly is NFT?

NFT (non-Fungible Tokens) is essentially a smart contract token on blockchain represent ownership of something else OFF the blockchain!

The smart contracts can include terms and facilitate follow-up transactions like royalty for creator, if designed so.

There are still many speculations on the true value of NFT, but it can’t stop the hype of the Art worlds with some high profile transactions.

The idea of NFTs could be trace back to the COLORED COINs back in 2012-13, and Cryptopunk is probably one of the mass production of NFT since 2017.

The 10,000 CryptoPunks are 24×24 pixel art images, generated algorithmically. Every punk has their own profile page that shows their attributes as well as their ownership/for-sale status.

The most expensive NFT is probably Beeple’s “Everydays: the First 5000 Days“. It sold for USD $69million through Christie’s in March 2021.

One peculiar concept of NFT is that the token only represents Ownership of something elses that are OFF the blockchain. Which means that there is NO guarantee of the “actual” ownership of whatever NFT that is.

In fact, as for digital arts, the images of the NFT arts could be still freely viewable or downloadable by anyone (Like the image above). Though legally the NFT owner have the right to take down any “illegal” use of their owned NFTs, the action will defeat the sole purpose of their “Bragging” right!

There are many experiments going on with the Blockchain technology, and the future of NFT is still yet to explore. Good news is that it does give artists a new way to commercialise their arts if it works – e.g. music, movies and illustration etc.

There are many more applications of blockchain technology for business, and the impact of cryptocurrency to the FinTech industry will be exciting space to watch in coming years! 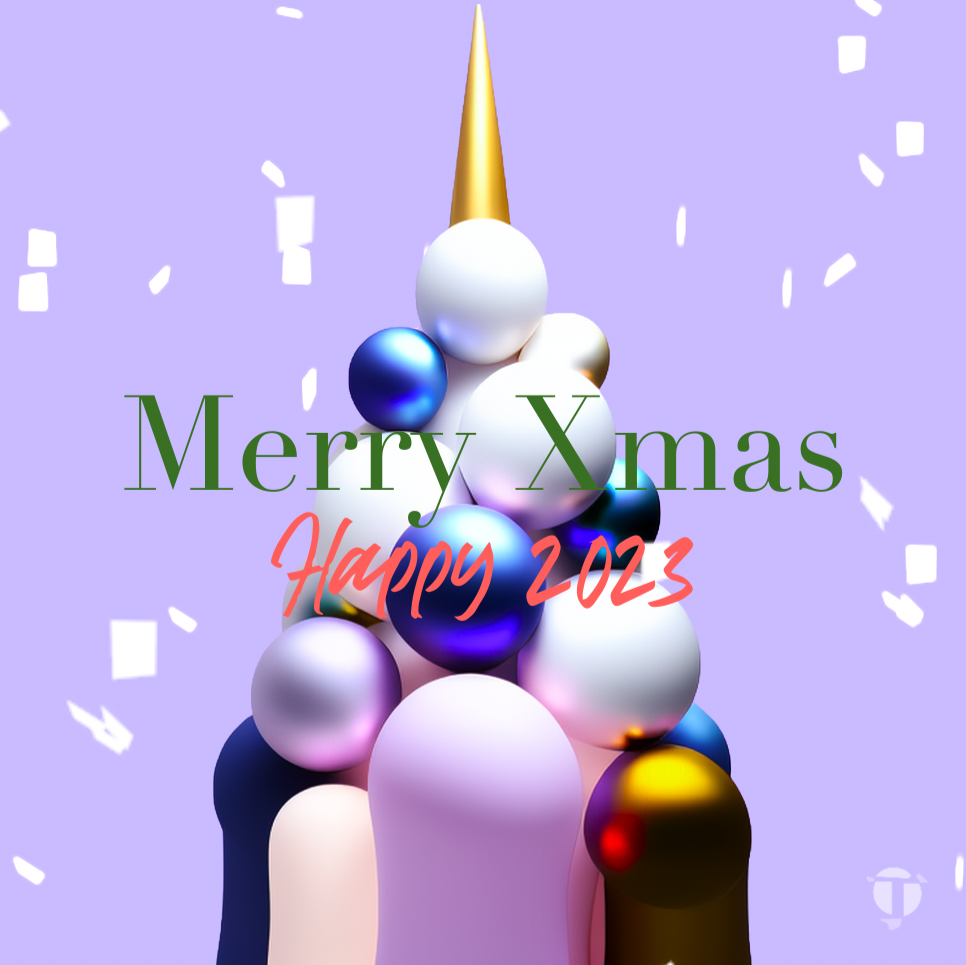 I use Stable Diffusion Generative AI to design

1 thought on “How NFT works? Blockchain?”